It used to happen all the time.

People would ask my advice about a course or workshop they had seen advertised somewhere.

“Is this what I am looking for?”

As though I was the font of all knowledge!

I could usually see that the person asking was full of potential that just needed to be tapped into, or that the workshop would get their business off the ground.  I would tell them to go for it. 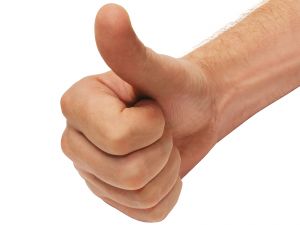 After a while they would ask the inevitable question.  “What about you?  Are you coming, too?”  I would always say no.

I didn’t realise it at the time but it was all about permission.

The person asking for advice didn’t actually want my opinion at all.  They had made their decision already.  All they wanted was to be told they were doing the right thing.

They wanted permission to take the action. I gave it to them.

What I didn’t do, was give it to myself.

I see this happening all around me today.  We business owners see the road ahead so clearly for everyone else but ourselves.  We don’t give ourselves permission to grow or take a leap of faith into the future yet it seems that everyone else deserves the opportunity we won’t take.

is it a lack of confidence in ourselves?  It is that we still see our own businesses as less successful or important than others?   Or is it something as simple as an attempt to hug our money to our chests for safe keeping?

Whatever it is, it’s time to get over it.

How will you ever get anywhere if you don’t give yourself permission to try things?

I had this conversation with a client not long ago.  She was thinking about using Clever Streak to write her newsletters and I could hear the fight going on inside her as we spoke.  She knew she needed help but that voice inside was telling her the business wasn’t big enough yet.

She denied herself permission for a good two to three months.  By the time she came back to me she was stressed and she hadn’t sent out a newsletter in that whole time.  She knew there was no alternative but to get help and this time she gave herself permission to seek it.

Let’s face it:  we’re not talking about big dollars, here!

She took the leap and it paid off.  Now her business is on a roll.  It isn’t all because of the way we write the newsletter (but it would be nice to think so!)  It’s because she now has time to talk to her clients and solve their problems with her clever services.

What could you do if you gave yourself permission to do it?

Next time you deny yourself permission to invest in yourself or your business, make sure you know what it is costing you.

Have you made the right decision?