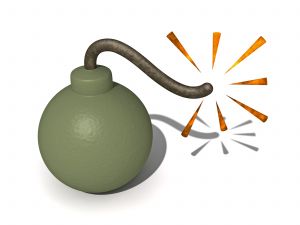 What do you think you’re doing?    Here it is, January 2011 and you’re still doing the same things that you did last year!

Isn’t it time for a change?

I don’t know about you but I like to try new things in my business rather than rehashing the same old-same old.  I know some of the reason for that is my personality type which is creative and big-picture based. Most of it, however, comes from common sense.

When you look back over your last year, what were your routine complaints?  Not enough time?  Can’t keep up with the competition?  Stuck at your desk for most of your life?

Set yourself some goals and pin your dreams down on a vision board.  You’ll be amazed at the difference it makes to the way you work.   Those two things will teach you to focus on what you really want and make it a lot easier to decide what is the right thing to be working on.  The shiny objects that want to lure you off track are suddenly not so shiny at all.

There has been a lot of chatter this year about whether dreams are better than goals.  Who cares?  Have both!  Dream big and use your goal setting to get you closer and closer to it.

Change what you’ve been doing and try something new.

Put a bomb of your own choosing under your business before the Universe lobs you the one sends you broke.