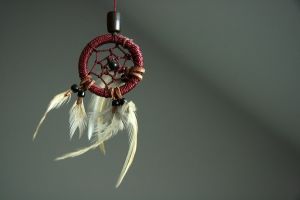 The nature of dreams is that they are nothing but a series of pictures in your mind and a collection of shy emotions that only sneak into your consciousness in the dark of night. There is nothing to grasp. There is nothing solid. They change their shapes the moment you try to capture them.  Putting them into words only pales their colours.

Despite that, our dreams are very real.  In fact, they are the most real thing about the way we live.  They shape our thoughts and our actions.  They drive our plans and our goals. They direct us from deep inside and it all feels right.  They shine and sing every day.

The happiest amongst us are those who can dream even with their eyes open and ears closed.   Daylight is harsh but not nearly as damaging to your dreams as someone who doesn’t understand them.

This week I have seen two businesses close down because their dreams were drowned by doubters.

Don’t ever let anyone into the place you keep your dreams.

The damage can’t be undone.  One word, one light out of place and the dream never looks the same again.

If your dream can’t sing loud enough to muffle the doubters, put your fingers in your ears and lah lah lah until they’re gone.  Hell, I’ll do it for you!  LAH LAH LAH!

No one else can tell you that your dream won’t work.  How can they know?  They can’t see it, remember?  Only you will know.

People used to tell me that if a dream was strong enough it would pull us through.  I don’t think it’s the strength of the dream that’s the key.  It’s the strength of your belief in it.  If you believe, you can hear it and see it even in the light.

Dream your dream and don’t listen to anyone else.