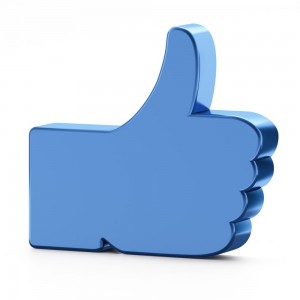 A couple of weeks back, Anne had a bit of a play with the concept of purchasing Facebook likers which was, in essence, a not terribly productive or beneficial exercise.

There is a theory going around that “Likers attract likers”; a very logical theory that also seems to be the case in practice.

Purchase yourself a huge number of likers – or followers on Twitter, if you’re that way inclined – we’re talking 10k or more, and suddenly, everyone wants to be seen to be being associated with you.

Human nature dictates that we want to be ‘part of a pack’. We hate feeling left out, excluded or worse, ostracised.  It’s a survival thing that has developed over hundreds of thousands of years, whereby exclusion or being left behind pretty much means imminent death.

What are we missing out on?

Of course, we’re probably not going to die, but when we see high numbers of followers on a Facebook page, blog or other subscription type service, we can’t help but wonder what we’re missing out on.

Curiosity – another interesting human trait – nags at us and fear of missing out, nag at us and we just can’t help but click that “like” button so we feel part of a group.

As a business, this is a brilliant strategy, particularly if your income, through sales or advertising, is reliant on these numbers. It makes sense; the more ‘real’ people you have liking you, regardless of why or how they’re there, the more likely you are to make sales and attract advertisers.

Who let the sheep out… who..who?

The flipside, of course is that you’re attracting ‘sheep’, those who follow you because ‘everyone else is’. This isn’t necessarily a bad thing, especially if it is going to increase your business revenue.

I’ve written previously about ‘real’ likers and followers  which is another, beneficial strategy.

Aside from the question, of misleading potential advertisers and sponsors, as well as your ‘real’ likers and followers, creating a community on social media based on genuine likers will reduce a lot of stress, moderation and nastiness.

Gaining them, however, is a longer, slower process, as they come about organically, based on the hard work you’ve put in creating a brand, community values and feel for your blog or page.

The question for you remains with not only your values and ethics – can you sleep at night knowing you’ve just charged someone to advertise on your site based on 10,000+ ‘fakes’ – as well as what you’re after.

Neither option is wrong or bad; if you’re after increasing your numbers in order to sell more or gain even more numbers, then the purchasing of likers and followers may be the way to go.

Alternatively, if you’re aim is to build a cohesive and active community, and to avoid gate-crashers, trolls and those who really don’t want to be there causing trouble in your community, then you’re best to keep your cash in your pocket, and put in the hard yards.

Written by Amanda Cox (aka Mad Cow) founder of online parent support and resource website Real Mums, writer, speaker and business owner of 15 years or more. NOT a ‘social media expert’ she has been around for quite a bit and seen lots of craziness on and off social media.

One Thought on “Facebook Likers: Sheep or Sure Things?”