When I popped into Twitter yesterday I had no idea who Justine Sacco was but when I clicked on the top trending topic, #hasjustinelandedyet, I soon found out.

Justine Sacco has a history of bad taste tweets, many of which could be seen to be racist, but this is the tweet that started the biggest social media drama I’ve seen for ages.

Justine was the PR person for InterActive Corp., a huge company that owns around 150 brands such as About.com, Match.com and Ask.com.  She should have known better than to tweet something like this especially before boarding a long flight to the country she had just offended. During the 11 hour flight all hell broke loose.

Twitter burst into action at one point reaching something like 400 tweets per minute on the topic. People were tracking down all her social media profiles to leave their comments.  While she was on her flight she was not able to see or reply to them.  Presumably she had no idea what was going on.

By the time she landed the flaming was in full force.  Social media was in a frenzy and it brought out the worst in many people.  They went on the attack and it wasn’t pretty.

They started with her Twitter account.  The abuse was horrible.  They moved to her Facebook page and left abuse there.  Then they found her Instagram page and attacked her there.  It was personal, crude and threatening. These are some of the less abusive comments.

Occasionally there was a voice which tried to focus the hordes on the real topic – AIDS – but the tweets fell into the mishmash and went unnoticed.

So while Justine is in the air between continents, her career was being ruined and threats were being made against her.  The tone of the comments was nasty and much worse than the silly tweet which started it all.

When she landed the world was waiting to see what would happen.

The glee was palpable in the tweets which were thrown up next.  They’d won.  They’d taught her a thing or two.  No stupid woman could say those things and get away with it.  I’d call it smug self-satisfaction on the part of those angry tweeters.

The NASDAQ reported that the IAC stock had declined and unfortunately it appeared to correlate with the timing of the Sacco saga. 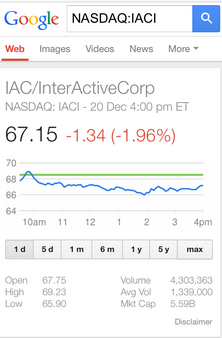 The IAC changed its contact page details, removing her name from the listing and rumours spread that she had been fired.

“The offensive comment does not reflect the views and values of IAC. We take this issue very seriously, and we have parted ways with the employee in question.

There is no excuse for the hateful statements that have been made and we condemn them unequivocally. We hope, however, that time and action, and the forgiving human spirit, will not result in the wholesale condemnation of an individual who we have otherwise known to be a decent person at core.”

All sorts of fake Sacco Twitter accounts sprang up including one which seemed to be apologising to everyone who had been offended by the tweet, but that page has since been removed.

Those who weren’t incensed by the tweet joined in on the attack in other ways, like this crowdfunding page seeking funds to help pay Justine’s legal fees.  That page has now been removed, too.

I watched the saga for an hour or so and it made me feel ill. This was a mob in action from behind the safety of their monitors.  It was a disgusting display especially when Justine was caught like a deer in the headlights.  She was an easy target who could do nothing to defend herself.

I was amazed at how quickly the situation worsened.  It took one mention of her Facebook page to have it destroyed with vitriol within a minute.  It was the same with her Instagram accounts as though people just wanted to spew hatred all over anything with her name on it.

What was it about this one tweet that triggered such a huge response?  Was it that it was tweeted by a seemingly wealthy white woman? Was it that AIDS is an emotional topic?  Was it something to do with Africa?

They attacked her primarily on the grounds of racism based on one tweet.  If the Twitter world is so anti-racism, why aren’t they targeting regular offenders?  We don’t know if Justine was making a bad joke but there are Twitter accounts that are quite clearly and horribly racist which are left alone to spout their filth in peace.  Why aren’t they targeting those?

Is the KKK less offensive than one silly tweet?

We know that social media is powerful and this is a perfect example of the way it works. Yes, she of all people should have known better than to tweet something so ignorant. As a PR specialist, she should have known what reaction it might bring.

But does that excuse the reaction on Twitter?  When does justifiable dislike of a comment become something more?  When does it tip over into a witch hunt? When does a comment justify the kind of personal attack she received?  Why target one ignorant comment and not others which consistently promote a message of hate?

There are a number of lessons in this including:

If you weren’t convinced of the power of social media before, you can’t ignore it now.  When it tips over from a collection of voices into a mob mentality there does not seem to be a way to stop it.