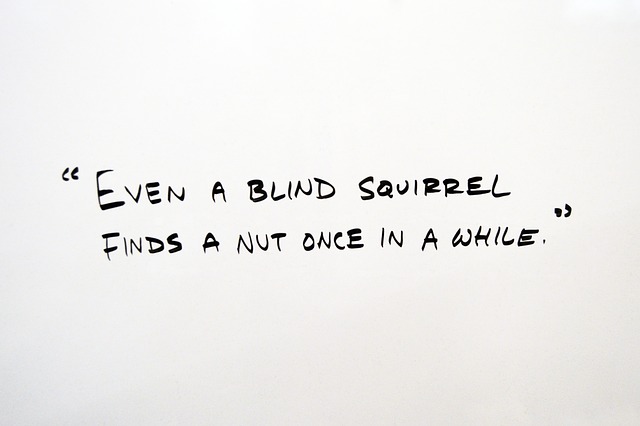 When someone has found the perfect assembly of words to make a point, why reinvent the wheel?

Let me share with you some of my favourite quotations about writing and language. They either make their points crystal clear in a few simple words, or they say it in beautiful language. You’ll see what I mean.

“No story ever lost impact by being told in plain English.” – Keith Waterhouse

“I know all those words, but that sentence makes no sense to me.” – Matt Groening

“Writing well means never having to say, ‘I guess you had to be there.’ ” – Jeff Mallett

“Don’t use words too big for the subject. Don’t say infinitely when you mean very; otherwise you’ll have no word left when you want to talk about something really infinite.” – C.S. Lewis

“So avoid using the word ‘very’ because it’s lazy. A man is not very tired, he is exhausted. Don’t use very sad, use morose. Language was invented for one reason, boys – to woo women – and, in that endeavor, laziness will not do. It also won’t do in your essays.” – N.H. Kleinbaum, Dead Poets Society

“Broadly speaking, the short words are the best, and the old words best of all.” – Winston S. Churchill.

“Every word first looks around in every direction before letting itself be written down by me.” – Franz Kafka

“We write to taste life twice, in the moment and in retrospect.” – Anaïs Nin

“You never have to change anything you got up in the middle of the night to write.” – Saul Bellow

“Always be a poet, even in prose.” – Charles Baudelaire

“The most valuable of all talents is that of never using two words when one will do.” –Thomas Jefferson

Aren’t they fabulous? I admit to being envious of these people.

Do you have a favourite quote? I’ve love it if you shared it with me in the comments below.